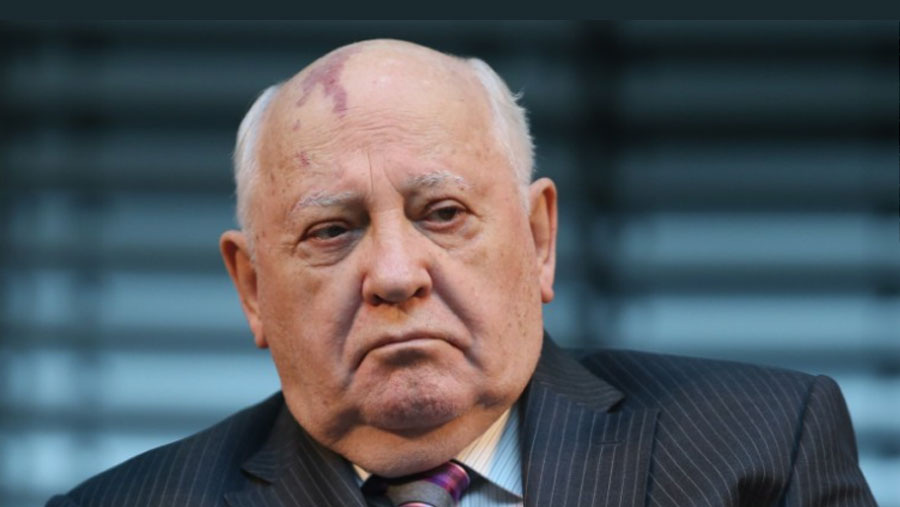 Mikhail Gorbachev, the former Soviet leader who brought the Cold War to a peaceful end, has died aged 91. Mr Gorbachev, who took power in 1985, opened up the then-USSR to the world and introduced a set of reforms at home. But he was unable to prevent the slow collapse of the Soviet Union, from which modern Russia emerged. Tributes have been paid worldwide, with UN chief Antonio Guterres saying he "changed the course of history". Russian President Vladimir Putin has expressed his deepest condolences following Mr Gorbachev's death, his spokesman Dmitry Peskov told Russian news agency Interfax, according to Reuters.

Mikhail Gorbachev, who changed the course of history by triggering the demise of the Soviet Union and was one of the great figures of the 20th century, has died in Moscow aged 91.

His death was announced on Tuesday (Aug 30) by Russian news agencies, who said Gorbachev had died at a central hospital in Moscow "after a serious and long illness".

Gorbachev, in power between 1985 and 1991, helped bring US-Soviet relations out of a deep freeze and was the last surviving Cold War leader.

His life was one of the most influential of his times, and his reforms as Soviet leader transformed his country and allowed Eastern Europe to free itself from Soviet rule.

The changes he set in motion saw him lionised in the West – he won the Nobel Peace Prize in 1990 – but also earned him the scorn of many Russians who lamented the end of their country's role as a global superpower.

He spent much of the past two decades on the political periphery, intermittently calling for the Kremlin and the White House to mend ties as tensions soared to Cold War levels after Russia annexed Crimea in 2014 and launched an offensive in Ukraine earlier this year.

He will be buried in Moscow's Novodevichy cemetery, the resting place of many prominent Russians, next to his wife Raisa who died of Leukaemia in 1999.