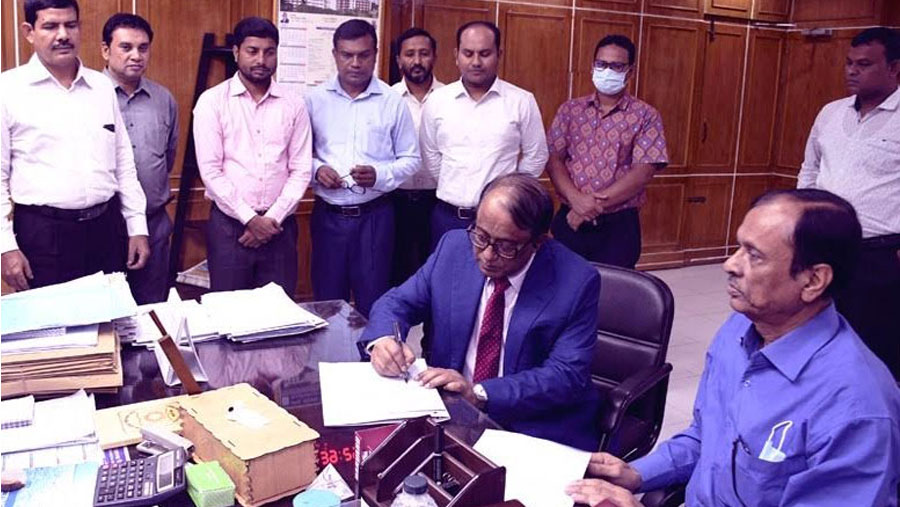 Professor of the Department of Tourism and Hospitality of Dhaka University Dr Mojib Uddin Ahamed has joined as the new Treasure of Begum Rokeya University, Rangpur (BRUR). The newly appointed Treasurer attended the office of the Vice-Chancellor of the university, signed the joining letter and took charge of his office on Sunday (Aug 28), a press release said.

Before joining, Dr Mojib met the Vice-Chancellor of the university Professor Dr Md Hasibur Rahman and exchanged greetings with him.

Later, Dr  Mojib placed wreaths at the mural of Father of the Nation Bangabandhu Sheikh Mujibur Rahman on the varsity campus.

In the afternoon, Dr Mojib placed wreaths at the grave of renowned nuclear scientist Dr MA Wazed Miah at village Laldighee Fatehpur in Pirganj upazila and offered Fateha there.

By order of the President and Chancellor of the university, the Ministry of Education issued a notification on Aug 23 last in accordance with section 13 (1) of the Begum Rokeya University, Rangpur Act 2009 appointing Dr Mojib to the post for four years, the release added.