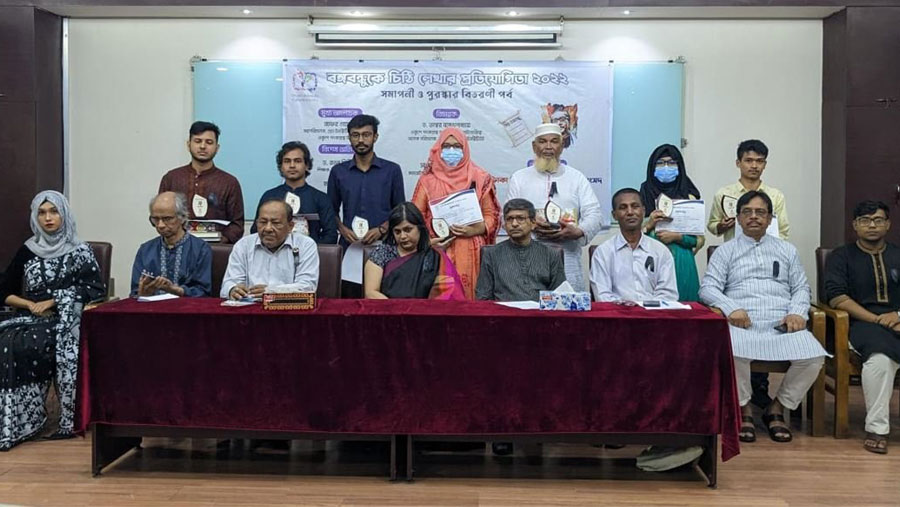 Ten students have been awarded for writing letters to Bangabandhu in an event 'Dear Bangabandhu' marking National Mourning Day and 47th martyrdom anniversary of Father of the Nation Bangabandhu Sheikh Mujibur Rahman.

Books and certificates were given to the winners at a prize giving ceremony at the RC Majumdar Arts Auditorium, said a press release on Friday (Aug 26).

In this competition, out of 490 letters from different parts of the country, 10 people, 5 each in the senior and junior categories, were announced as winners.

The competition was open to all which consisted of two sections – junior group for primary to secondary school students and senior group for higher secondary to upper graders.