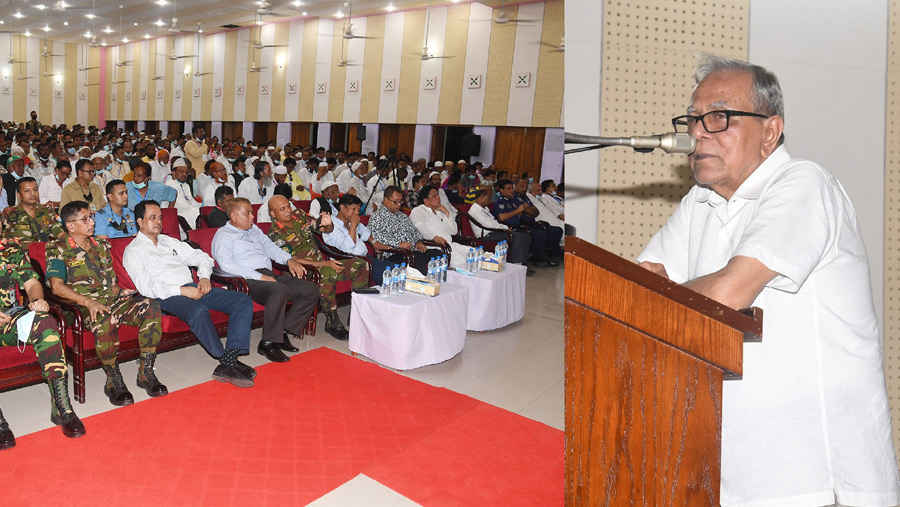 President Md. Abdul Hamid has asked all government employees, including teachers and staffs of educational institutions to ensure regular office attendance side by side performing their respective duties with utmost responsibility and sincerity.

“Regular attendance should be ensured at the offices... otherwise strict action will have to be taken,” he told a view-exchange meeting with local officials and members of professional bodies in Kishoreganj on Wednesday (Aug 24) night, local media reported.

About a complaint that 'proper education' is not being done at a local government college here, the president said all government officers, staff and employees should follow the rules and regulations at any cost.

Abdul Hamid directed the authorities concerned of the educational institutions to ensure a conducive environment to provide education to the students.

The head of the state told the local elected representatives that they all should work together for the overall development of the country, shunning the intra-feud and forgetting political differences.

"Those who think that the development of the haor area is narrowing their path to grab power; they are trying to mislead the people through spreading various falsehoods," he observed.

Addressing the voters as well as people, the president said politicians will come and go, but you (people) elect such representative, who will work for the development of the haor and its people; instead of personal and family development.

He also advised elected public representatives and politicians at all levels to work for the people's welfare and to keep everyone well.

"Elected public leaders (from Union Parishad to MP) must realise that mass people are those who have supported you to be a leader... These people’s representatives must have respect and love," the president added.

Urging not to build unplanned houses in Haor areas, he said authorities concerned must take special care so that none can destroy the environment.

The president came here on Aug 22 on a four-day visit to supervise some ongoing development projects in the three upazilas of his district – Mithamain, Austagram and Itna and to exchange views with local representatives and professional bodies.