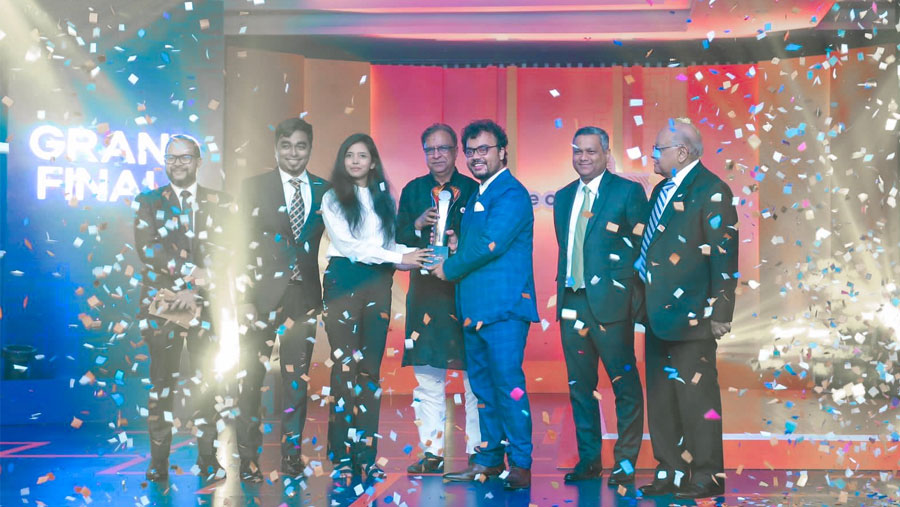 Drogo, a four-member team from Institute of Business Administration (IBA) of Dhaka University has clinched the trophy of the 19th edition of Battle of Minds (BoM) recently.

Members of the winning team were Syed Shadab Tajwar, Tasmim Sultana Nawmi and Sadid Jubayer Murshed from IBA, University of Dhaka. They won the trophy of 2022 edition by beating four other teams in Grand Finale on Aug 17 at Radisson Blu Dhaka Water Garden, a press release said on Friday (Aug 19).

Team Strangers from Bangladesh University of Professionals and team Rock Paper Scissors from North South University became first and second runner-up respectively. More than one thousand teams from 20 universities took part in this year's competition to represent Bangladesh in global platforms alongside 26 other countries.

Organized by BAT Bangladesh since 2004, Battle of Minds is a nationwide competition that tests young entrepreneurs in various challenges and help bring out the best in them.