Portuguese language course to be introduced at DU 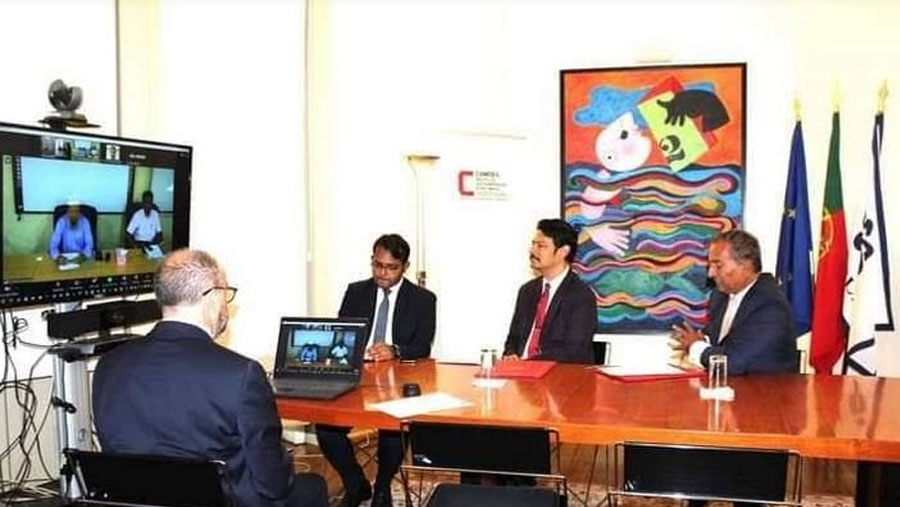 A Memorandum of Understanding (MoU) has been signed between Dhaka University (DU) and Camoes, Instituto da CooperaOao e da L-ngua of Portugal virtually to establish academic links between the two institutions as well as to promote and disseminate Portuguese language and culture in Bangladesh.

DU Treasurer Prof. Mamtaz Uddin Ahmed and President of the Governing Board of Camoes, I.P., Ambassador Joao Ribeiro de Almeida signed the MoU on behalf of their respective sides at a ceremony held simultaneously on Aug 16 at the two institutions, said a DU press release.

Under the signed protocol Institute of Modern Language of University of Dhaka and Camoes, Instituto da CooperaOao e da L-ngua of Portugal will collaborate introducing Portuguese language courses and studies in Dhaka University, awarding scholarships to Portuguese language teachers and students, in the promotion of cultural and scientific activities etc.

"Both the institutions would work closely for the further development and dissemination of Portuguese language and culture in Bangladesh", said President of the Governing Board of Camoes, I.P., Ambassador Joao Ribeiro de Almeida.

Mentioning this as only a beginning, he said further said his institution is ready to explore areas of cooperation under this framework.

DU Treasurer said, "By signing this protocol agreement, Portuguese language course will be introduced at IML in cooperation of the Camoes Institute." Both the institution will be benefited with the proper implementation of the protocol, he opined.

Referring to the historic linkage between the countries, Ambassador Tarik Ahsan said Language has been an important legacy between people of Bangladesh and Portugal since late 16 centuries. Both counties should leverage this area to advance the bilateral relationship to a new height, he added.

The embassy would be ready to extend cooperation in future also in the implementation of the agreement, he further said.