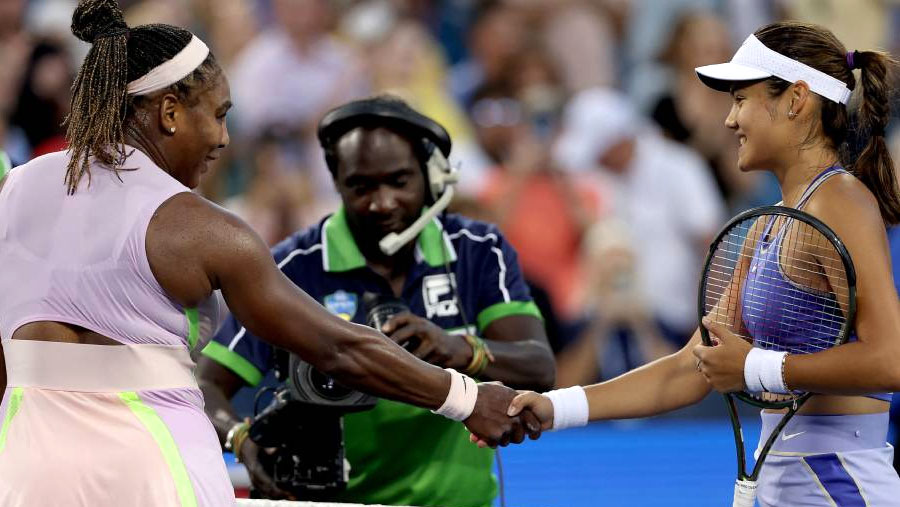 Serena Williams bowed out of the WTA/ATP Cincinnati Masters at the first hurdle on Tuesday (Aug 16), losing in straight sets to US Open champion Emma Raducanu as the end of her glittering career looms ever closer. Serena, who last week indicated that she is planning to retire after this month's U.S. Open, was no match for British teenager Raducanu, who romped to a 6-4, 6-0 win. The 40-year-old Serena left the court swiftly after the defeat without speaking to television reporters.

British number one Emma Raducanu put a dampener on Serena Williams' farewell tour after thrashing the American great in the Cincinnati Open first round.

The 23-time Grand Slam champion lacked sharpness and her 19-year-old opponent punished her in a composed display.

"I'm so grateful for the experience to have been able to play Serena and for our careers to have crossed over," said world number 13 Raducanu, who played superbly with her defence of the Grand Slam title in New York looming.

"Everything she has achieved has been so inspirational and it was a true honour to share the court with her."

Evans, 32, reached the Montreal semi-finals last week but was unable to sustain that form at the second successive ATP Masters event.

Fellow Britons Andy Murray and Cameron Norrie meet in the second round on Wednesday (Aug 17), followed on the centre court by Raducanu's match against Belarus' former world number one Azarenka.