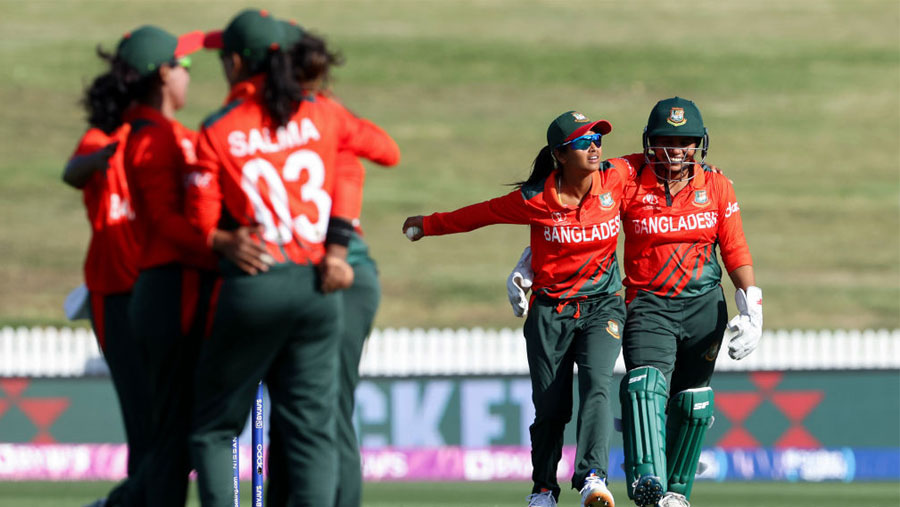 Bangladesh women's cricket team got a total of 50 matches in two formats of cricket-ODI and T20 as the International Cricket Council (ICC) announced the first women's Future Tours Programme (FTP) on Tuesday (Aug 16).

The FTP contains a total of 301 international matches between 2022 and 2025. The cycle has already begun – in May this year – and runs until the conclusion of the ODI World Cup in 2025.

The calendar for women's cricket in the three-year cycle comprises seven Tests, 159 T20Is and 135 ODIs, which include fixtures for the 2022-25 ICC Women's Championship, the qualification pathway for the next ODI World Cup in India.

Since Bangladesh Women's team is yet to get Test status, they got just T20 and ODI matches in the FTP.

In next December, the Tigresses will tour New Zealand for three ODIs and as many T20 Internationals. In January, 2023 Bangladesh will visit Sri Lanka also for same number of matches in ODI and T20 format.

Bangladesh then will host India for three ODIs and as many T20Is in June and Pakistan for the same number of ODI and T20 matches in October. After Pakistan series, Bangladesh will tour South Africa at the end of December, 2023.

Each team will play eight ODI series (four home and four away) and the top five in the standings will earn direct qualification to the 2025 World Cup, along with hosts India. The bottom four teams in the ICC Women's Championship will play four other teams in a qualifying tournament for the final two spots in the 2025 World Cup.