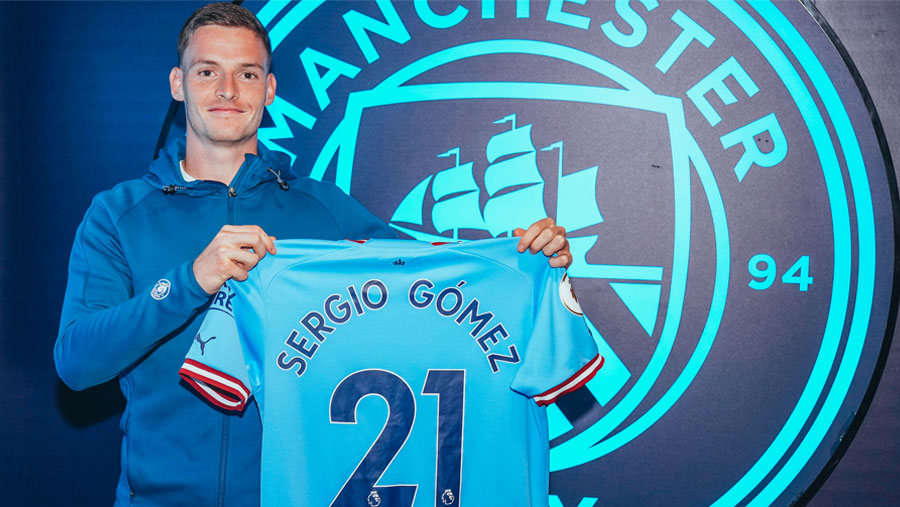 Manchester City have confirmed the signing of Sergio Gomez from Anderlecht to add to Pep Guardiola's full-back options. Gomez joins the Premier League champions in an £11million switch plus add-ons to provide competition for places, having agreed a four-year deal at the Etihad Stadium.

Manchester City have confirmed the signing of Spanish left-back Sergio Gomez from Anderlecht.

The 21-year-old spent time in the Barcelona academy earlier in his career, where he was actually trained as an attacker, but after a tricky spell with Borussia Dortmund, he moved to Anderlecht in the summer of 2021 and reinvented himself as a left-back.

His debut season in Belgium, where he worked under City legend Vincent Kompany, yielded seven goals and 15 assists in 49 outings. That form has convinced City to bring him to Manchester.

“I am incredibly proud and happy to have joined Manchester City,” Gomez said. “City are the best team in England and in Pep Guardiola I have a chance to learn and develop under the most outstanding manager in world football.

“To be able to be part of this club is a dream come true for me and something any young player would aspire to.

“The number of trophies City have won over the past few years has been incredible and the style of football the team plays under Pep is the most exciting in Europe.

“Playing for and being guided by Pep and his coaches is going to be very special.

“I’ve heard so much about the City fans and how passionate they are, so I can’t wait to get started and to try and help the Club achieve even more.”

Man City's plan was originally to loan Gomez out for the remainder of the season but, after failing to land Marc Cucurella, Guardiola decided to keep the youngster around as cover for Joao Cancelo.