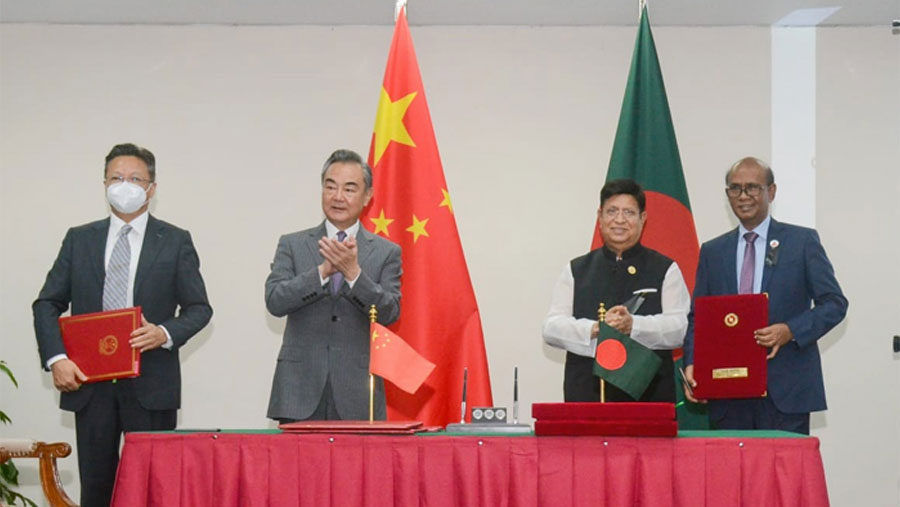 He said at the bilateral meeting, China promised to give duty-free access of another one percent of Bangladeshi products to its market.

"I think this is the major achievement of his (Chinese foreign minister) visit here that China will allow duty free access of extra one percent of Bangladeshi products to their market," Alam said.

From Sep 1, he said Bangladesh will get 99 percent duty-free export facility in the Chinese market.

During the meeting, Wang highly lauded Bangladesh's socioeconomic progress under the leadership of Prime Minister Sheikh Hasina, he said.

Both sides discussed bilateral, regional and global issues and expressed hope to elevate bilateral relations between Dhaka and Beijing into a new level, he added.

About the Rohingya crises, he said Wang reiterated his country's commitment to do their level best to find a solution to start repatriation of displaced people to Myanmar from Bangladesh.