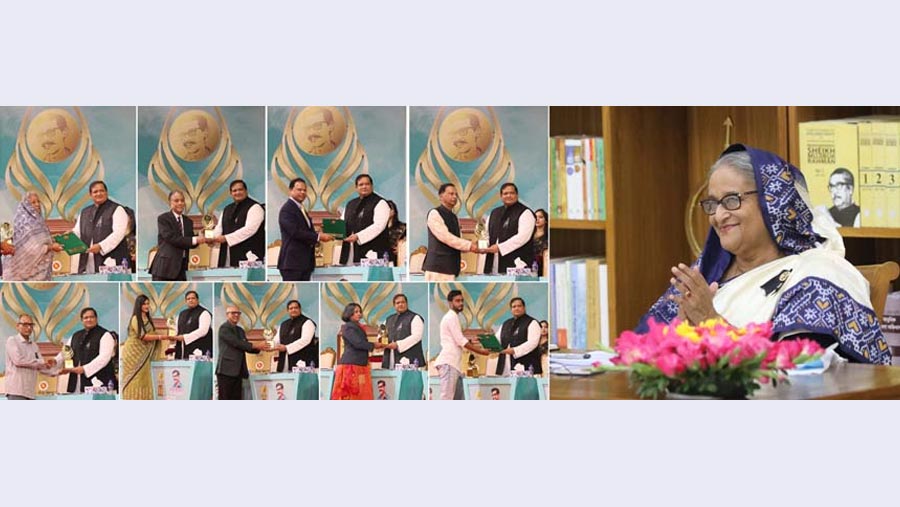 The premier joined the award distribution ceremony virtually in city's Osmani Memorial Auditorium from her official residence Ganabhaban, organized on the occasion of the 73rd birth anniversary of Freedom Fighter Shaheed captain Sheikh Kamal, the eldest son of Father of the Nation Bangabandhu Sheikh Mujibur Rahman.

On behalf of the PM, State Minister for Youth and Sports Md. Zahid Ahsan Russel handed over the awards among the recipients.

Each award winner received Taka one lakh, a crest and certificate.

The Ministry of Youth and Sports introduced the award for the first time last year on the occasion of Sheikh Kamal's birth anniversary.

The nominees for this award have been finalized after being scrutinized by the concerned committee in the light of specific criteria for recognition of their outstanding contribution to sports.