Bangladesh into final after Nepal draw 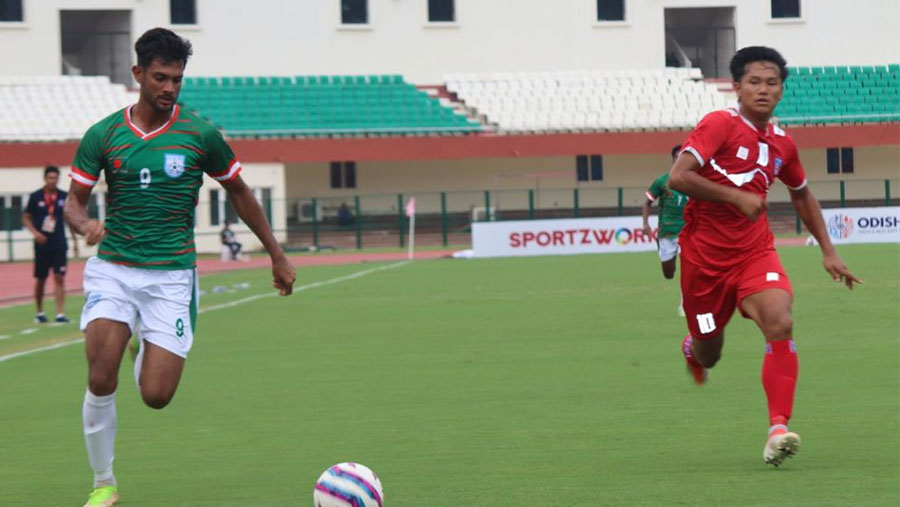 Bangladesh advanced to the grand finale of the Saff U-20 Championship after drawing 1-1 against Nepal Tuesday (Aug 2) at Kalinga Stadium in Bhubaneswar, India.

The young booters in red and green will face either Nepal or India in Friday’s final at the same venue.

After a goalless first half, Piash Ahmed Nova, who bagged a brace in the 2-1 win over India, broke the deadlock in the 63rd minute.

Bangladesh earlier began their campaign with a solitary goal victory against Sri Lanka before beating India and following it up with a 4-1 win over Maldives.

Mirajul Islam, who netted against the Lankans, grabbed a hat-trick against Maldives.

The tournament is being held in accordance with round robin league basis.