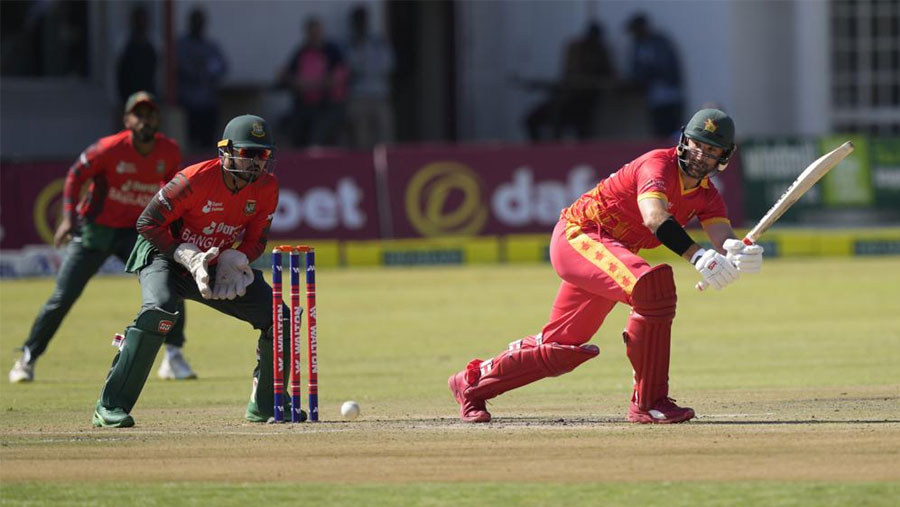 Zimbabwe clinched their maiden T20I series win over a higher-ranked side when they beat Bangladesh by 10 runs in the third game in Harare on Monday (Aug 2). The home side roused a full-house crowd by lifting themselves from 67 for 6 to finish on a competitive 156 for 8, before restricting Bangladesh to 146 for 8 in 20 overs.

Zimbabwe had only recently won the T20 World Cup qualifier. They beat West Indies in a one-off match in 2010, toppled Scotland 2-1 in 2021 and won a tri-nation tournament in Singapore also featuring Nepal in 2019. But this marks their first ever series win over a Full Member in bilateral T20I cricket.

With his side hanging by a thread at 76 for 6, Ryan Burl took 34 runs off Nasum Ahmed in the 15th over, equaling the second-most runs taken in a T20I over. He is no stranger to big overs against Bangladesh, having struck 30 runs off a Shakib Al Hasan in an over, three years ago.

In the end, Burn and Jongwe's 79 runs in 5.1 overs even found a place in the record books. No team in the history of T20Is has had their seventh wicket pair come in at such a low score (67 for 6) and made at least 50 runs at such a high strike-rate.

Bangladesh never recovered from the big hitting as they lost three early wickets, and then went through 49 balls without hitting a single boundary. But they also missed a few tricks, starting from the first over.