August reappears as month of mourning for the nation 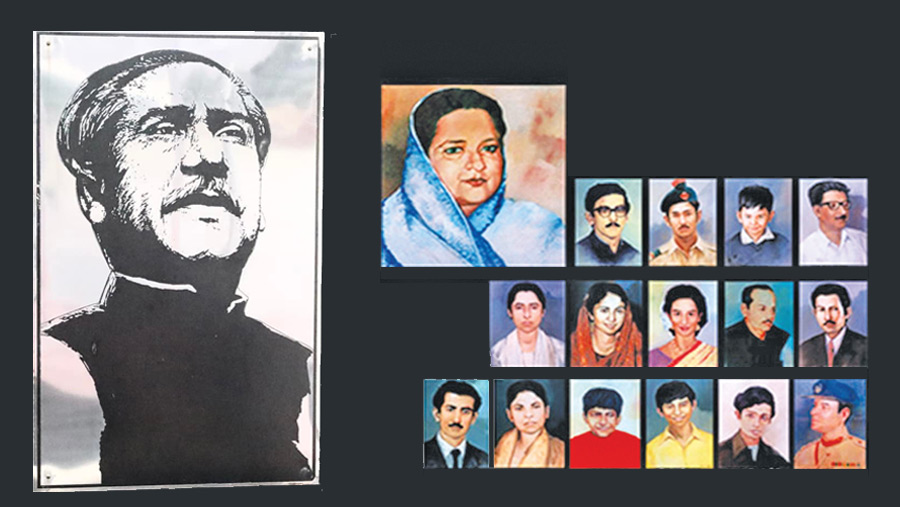 August reappeared as the month of mourning commemorating the Aug 15, 1975 carnage when Father of the Nation Bangabandhu Sheikh Mujibur Rahman was assassinated along with most of his family members under a well-orchestrated plot.

A candlelight procession marked the start of the month-long mourning programme at one-minute past zero hours Monday (Aug 1) when mourners staged a street march with candles in front of Bangabandhu Memorial Museum at Dhanmondi, the then residence of Bangabandhu and the scene of the black night 47 years ago.

A group of derailed military officers killed Bangabandhu along with most of his family members including his 10-year-old son Sheikh Russell in a predawn attack while the killers were rewarded by the subsequent rulers with diplomatic postings abroad and enacted an indemnity law to protect the assassins from the justice.

The delayed trial of the carnage began when Awami League returned to power in 1996 general elections and scrapped the infamous indemnity act while after a prolonged trial process, five of the killers were hanged on Jan 27, 2010.

Another death row convict sacked military captain Abdul Majed was arrested in the wee hours of Apr 7, 2020 from Gabtoli area, after decades of remaining absconding. He was executed at Dhaka Central Jail in Keraniganj at 12:01 a.m. on Apr 12, 2020.

One of the convicts Aziz Pasha died a natural death in Zimbabwe in June, 2001.

The grisly grenade attack killed 24 people and wounded over 500 others while the subsequent investigations found an influential quarter of the then BNP-led coalition government with Jamaat being a crucial partner masterminded the assault carried out by militants of banned HuJI.

The Aug 17, 2005 countrywide blasts were staged by the outlawed JMB to announce their emergence while the outfit with a reorganized structure naming neo-JMB called by law enforcers is now believed to have staged the two back-to-back terrorist attacks on Jul 1 and Jul 6 in 2016.

Bangladesh passed an era of darkness after the Aug 15 carnage that gave birth to undemocratic and unholy forces which dominated until 1996 general elections.