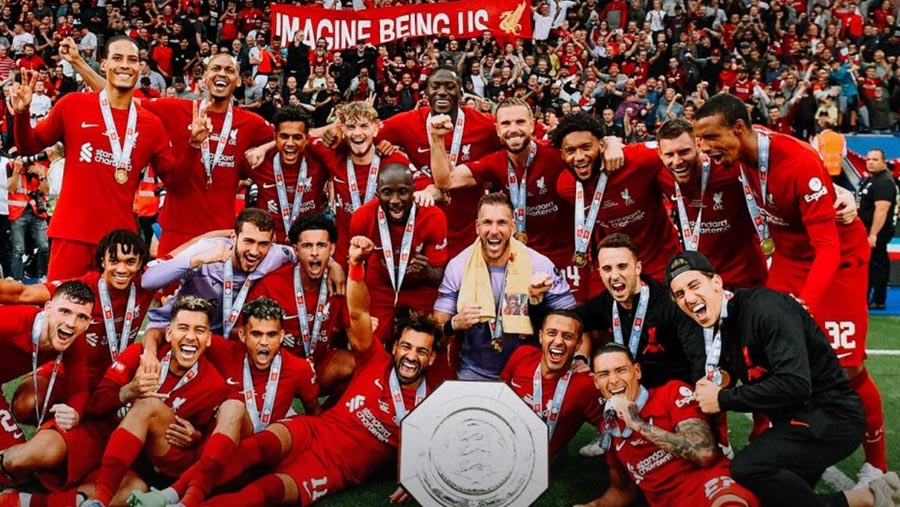 Liverpool won the Community Shield after a 3-1 win against Manchester City on Saturday (Jul 30) evening thanks to late goals from Mohamed Salah and Darwin Nunez.

The win came at Leicester’s King Power Stadium ahead of Sunday’s Euro 2022 final between England and Germany.

Trent Alexander-Arnold was on hand to finish off a smart move midway through the first half for Liverpool, who left new signing Nunez on the bench.

For City, Erling Haaland started up top but he was frustrated early on, with his City colleagues off the pace, missing a couple of decent chances.

In the second half, Nunez was introduced and almost scored from a one-on-one only for Ederson to make a brave save with his face.

Another debutant, Julian Alvarez also came on in the second half and grabbed a 73rd minute equaliser as he followed up a rebound that was allowed on VAR review.

A little over 10 minutes later, Salah converted from the spot after Ruben Dias handled in the box from Nunez’s header.

In injury-time, Nunez sealed the win for Liverpool with a diving header from point-blank range to the delight of the Liverpool supporters.

Haaland squandered a glorious chance to pull a goal back in the final seconds, crashing a rebound from two yards out off the crossbar.