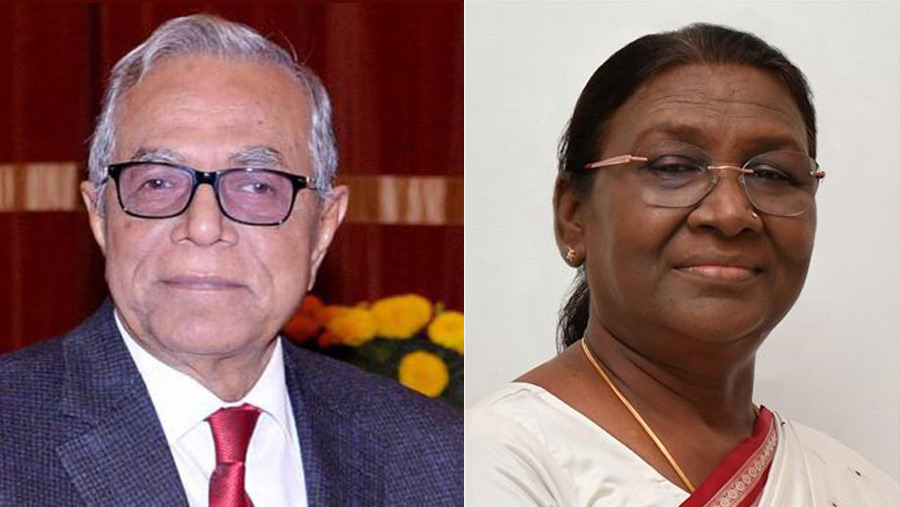 President Md. Abdul Hamid on Monday (Jul 25) congratulated his new Indian counterpart Droupadi Murmu on her assumption of office as the 15th President of the Republic of India, saying that it would help further bolster the existing bilateral ties between the two neighboring countries, local media reported.

Droupadi Murmu, 64, was sworn in as the 15th President of India on Monday. She is the first Adivasi and second woman to become India's First Citizen and the Supreme Commander of India's Armed Forces.

In a congratulatory message to Murmu, Abdul Hamid said, “On behalf of the people of Bangladesh and on my own behalf, I wish to extend my warmest congratulations to you as the 15 President of the Republic of India. As the President of Bangladesh, one of the best performing countries in women's empowerment in the region, it is heartening to see you taking up the responsibilities of this high office.”

“The invaluable support by the Government and the people of India during our Liberation War in 1971 was a watershed moment in our relations. Today, our cooperation spans a range of areas, including trade, connectivity, water resources management, energy, border management and security,” he mentioned.

Abdul Hamid said he was confident that the friendly bond and good cooperation between two nations will be further bolstered during her (new President) tenure as the President of India.

“I also look forward to working with you not only to advance mutual interests between our countries but also to step up efforts in the cause of development, peace and prosperity in the region,” the President added.