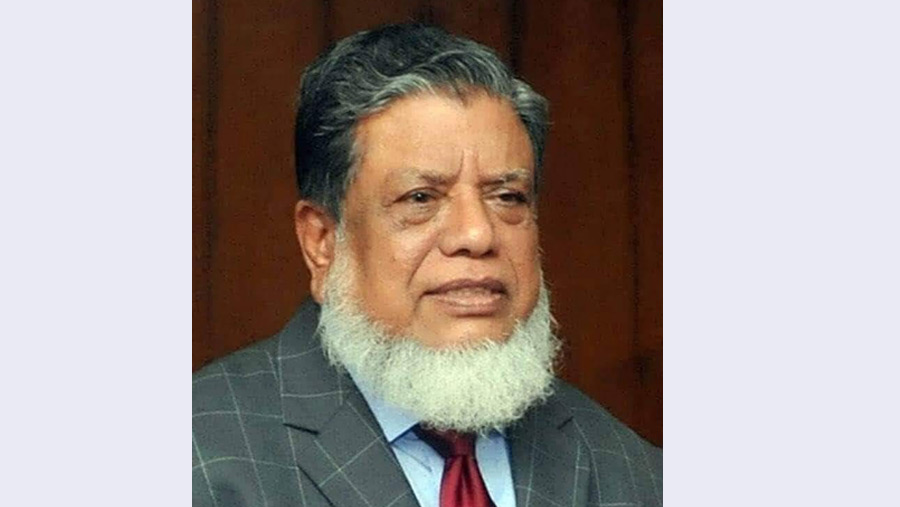 Deputy Speaker of the Jatiyo Sangsad Advocate Md Fazle Rabbi Miah has passed away while undergoing treatment in New York. He was 76, local media reported.

Fazle Rabbi, a lawmaker from Gaibandha-5, left behind three daughters, a host of relatives and well-wishers to mourn his death. His wife Anwara Rabbi died in May, 2020.

The valiant freedom fighter fought against the Pakistan Army in Sector 11 during the Liberation War of Bangladesh in 1971.

Advocate Fazle Rabbi was born on Apr 16 in 1946 and was the founding secretary of Gaibandha Law College from 1979 to 86.

He was also an elected Secretary of Gaibandha BAR from 1978-79.

He was a reputed organiser and contributed much in creating public opinion in favor of the Liberation War abroad.

Advocate Fazle Rabbi was Chairperson of Bangladesh Association for Voluntary Sterilization (BAVS), Gaibandha from 1980 to 81.

He founded a good number of schools, colleges and madrasas in his own constituency.

The body of Fazle Rabbi Miah will arrive in the country at 8:40 a.m. on Jul 25. A flight of Emirates Airlines carrying the body will land at Hazrat Shahjalal International Airport from New York at 8.40 a.m., said an official handout.

Then the body will be taken to the Supreme Court premises at 9:15 a.m. where the coffin will be kept till 12:00 to let the people pay their last tribute to the freedom fighter following his Namaz-e-Janaza at 10:30 a.m.

Later, his body will be taken to Shaghata Upazila of Gaibandha from the Supreme Court premises by a military helicopter at 1 a.m.

After landing at Kazi Azhar Ali High School premises of Gaibandha's Shaghata Upazila, the body will be taken to Bharatkhali school grounds where people will pay their last respect to him following another Namaz-e-Janaza at 2:00 p.m.

The last Namaz-e-Janaza of the deputy speaker will be held at his native village Gotia at 5:30. Then, he will be laid to eternal rest at his family graveyard.