PM urges all to maintain austerity in power consumption 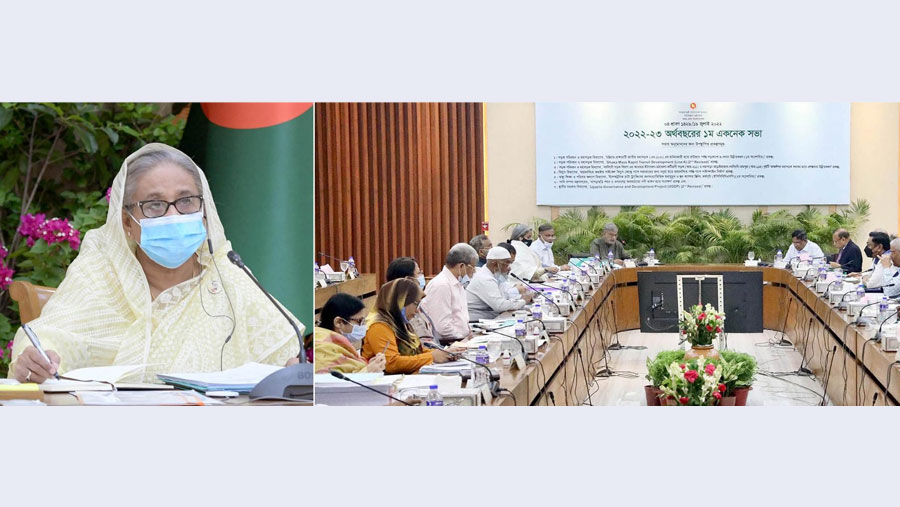 Prime Minister Sheikh Hasina has urged all concerned, including the stakeholders in public and private sector, to maintain austerity in all fields, including in power consumption, in the wake of global inflationary situation.

If all concerned could pursue austerity, then the country would be benefitted, said the premier while chairing the first meeting of the Executive Committee of the National Economic Council (ECNEC) in the current fiscal year on Tuesday (Jul 19).

She joined the meeting virtually from her official Ganobhaban residence while Ministers, State Ministers, Planning Commission members and Secretaries concerned attended the meeting from the NEC Conference Room in the city's Sher-e-Bangla Nagar area.

Briefing reporters after the meeting, Planning Minister MA Mannan said that the head of the government has urged everyone to maintain austerity in all spheres.

"We'll have to remain alert to face the impact of that product which we do not produce. The PM has mainly suggested the countrymen to maintain austerity for such reason," he said.

State Minister for Planning Dr Shamsul Alam said that PM Sheikh Hasina has suggested all to maintain austerity and stop misuse of utilities as like as she had suggested earlier for not wearing suites at offices in summer and not operating air conditioners in government offices at a certain temperature.

Revealing some of the directives from the premier, Dr Alam said that while giving approval to a gas supply project to Mymensingh Combined Cycle Power Plant she said that if any project gains profit, then that amount should have to be deposited to the state coffer.

The PM also suggested installing sound breaker in front of establishments like hospitals to minimize sound pollution during the plying of metro rail side by side ensuring adequate car parkings in the landing stations of metro rail.

The Planning Minister said the Prime Minister has asked the Local Government Division to remain alert so that due standard is maintained in the construction of rural roads, culverts and bridges. He informed that more projects would be taken for the development of flood-affect areas.

Mannan said the government has noticed that prices of some items like rice and edible oil are on the downtrend which indicates that the inflation would decline in the coming days.

He informed that the ECNEC meeting also discussed in details about distributing seeds, fertilizer, pesticides free of cost among the marginal farmers so that they could yield a good harvest in future.

The Planning Minister also informed that the implementation rate of Annual Development Programme (ADP) in the last fiscal year (FY22) was 10.68 percent or Tk 31,929 crore higher compared to the previous fiscal year (FY21).